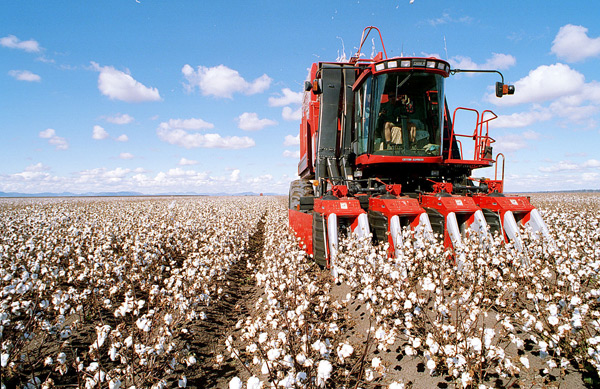 In anticipation of record-breaking global cotton inventories, the U.S. has slashed production to 13.5 million bales.  The U.S. has lowered cotton production levels from it's May projection of 14 million bales and is set to maintain the lowest domestic stock levels we've seen in 3 years.

To start, global cotton inventories are set to reach a record, 92.49 million bales next year. Guess who will be holding over two thirds of that entire inventory? China, who recently announced its plans to revise their aggressive cotton stockpiling policies that have been driving global cotton prices skyward since 2011.

The United States is the world's top cotton exporter and China is the top importer, which creates a very direct supply & demand relationship between the two countries. With no clear statments yet as to which form China's cotton stockpiling reform will come in, the USDA appears to be taking precautionary measures to ensure there isn't a domestic overproduction of cotton if China drastically cuts back their import quotas.

Until China makes clear plans for revising their cotton stockpiling policies that have been damaging their domestic textile mills, the U.S. will remain on edge.

Check out the details here on China's Cotton Stockpiling Policies to get up to speed.