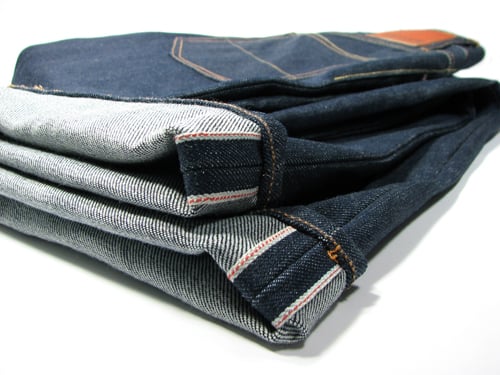 A new report on denim production in China, titled "Breathless for Blue Jeans" has just been released and the findings are very troubling.

Urgent action is being demanded from governments and companies to eliminate the use of sandblasting and other unsafe finishing processes after the report examined six denim factories in the Chinese province of Guangdong, a region which produces half of the world’s production of blue jeans.

Amongst other things, the report found a high level of the banned sandblating finishing process which is highly hazardous to workers. Sandblasting, a process by which denim is given a worn or faded look, involves blasting sand under high pressure onto denim fabric. It is known to cause an increased risk to silicosis, a deadly lung disease that has already caused the deaths of garment workers.

The prevalence of sandblasting in denim production in both China and Bangladesh highlights the lack of enforcement of occupational health and safety standards in the regions. Equally as important, is the fact that there is very little awareness amongst workers as to not only the dangers of these processes, but that the processes are actually banned from use.

One worker that was interviewed in one of the factories said: “In our department, it’s full of jeans and black dust. The temperature on the shop floor is high. It is difficult to breathe. I feel like I’m working in a coal mine.” These kinds of working conditions should not be tolerated by governments, brands, or consumers because of the danger to life that they pose.

Check out the full report, "Breathless for Blue Jeans."

It's one thing to talk about the problem, but how can it be solved?

In the United States, the denim makers of Los Angeles have built out a very efficient, safe, and high quality production process that is both sustainable and supported by government regulations. The reason these unsafe processes don't exist in the US is because the government not only creates, but enforces regulations on occupational health standards. In China, there's a lack of enforcement with regulations and until their population can become more educated on their occupational rights, it will be a struggle to enact definitive change. Change comes slowly in these regions because it drives costs higher, thus diminishing global competitiveness in the industry.

These kinds of changes, will of course eventually happen and when they do, they'll effect the macro economy of the apparel industry with higher product costs translating into consumers paying more for goods. The changes however, will have a direct positive impact on the lives of workers in the garment industry and consumers worldwide will need to be educated as to where their extra few dollars are going.